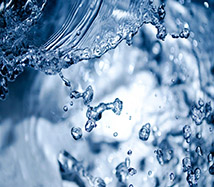 Chemical composition is good for people

Water is the primary component of the human body. In adulthood it takes 60% of the body weight, in average. In child’s body the water content is even bigger – upon birth it’s 75%, and then it gradually reduces till the age of 12 when it reaches the values of a grown up. As we grow old, the percentage of water reduces and in elders it amounts from 50 to 55%.

After the age of 12, females contain less water than males because they have more fat, while males have more muscle mass, which contains more water. That is the reason why daily needs for water are different with males and females, as shown in the table below. The water constantly leaves the body in many ways – through urine, sweat, skin diffusion, stool, breathing (in the air we breathe out is water vapor made by evaporation). Good balance of water in the body entails taking in as much water as is daily lost. Finding the adequate balance is of crucial importance for body’s benefit. The needs for water depend on the number of kilocalories taken through food (the water is used in the metabolism), loss of water through physical labor and sweating, ambient conditions (increase in heat or decrease in air humidity increases water loss through sweat or through breathing out the water vapor).

Water functions in the body:

-water is the primary component of body fluids and cells, so it’s used for transporting nutrients to all parts of the body

-takes part in removing harmful substances from the body

-takes part in keeping the balance of minerals in the body

And that is why the slogan “One sip younger and a sip more vital” in Heba’s campaign is true.

The announcement of the final tournament of Heba junior league

In the Basketball League of Serbia premises in Belgrade a press conference was held dedicated to the final HEBA Junior League of Serbia tournament, which will take place in Cacak, starting April 27-29. At this occasion the reporters were addressed by Dejan Tomasevic, the vice president of the BLS in charge of competitions, Mina Sretenovic, the PR manager of the Heba Company, the general sponsor of the Junior League of Serbia and Marko Ivanovic, the director of Borac basketball club, Mozzart Sport.

“In the name of Basketball Association of Serbia I have to express great pleasure and congratulate everyone that this year’s unique Junior league has once again been first-class. We owe special thank you to our general sponsor, Heba Company, and I believe that our collaboration will continue. I would also like to congratulate the awarded for achievements in the regular part of season, which I believe will come as a stimulation for further work.

I expect the final tournament to be the basketball holiday where we will have the chance to see the future of Serbian basketball and some new talents, that will soon compete for senior national team”, Dejan Tomasevic emphasized.

It comes as a great pleasure that HEBA junior league, as a unique league in Serbia, represented the league of good basketball and that the second year in a row representing Heba we have a chance to announce the final tournament that will be held this year in Cacak.

At the same time this is a chance to award the most successful young players of Heba junior league, but also to represent Heba in a new strong bottle. As socially responsible company that cares about the environment, new Heba bottle is an image of modern and attractive design, advanced quality and bottle construction where the consumption of PET material is reduced, which contributes to the environmental protection.

“On this occasion, we thank all the participants on the achieved results, and we are especially pleased to award the best. Best player Nikola Jokic (BC Mega vizura) and the best shooter of the league part of the competition Jovan Jovanovic (BC Zdravlje Leskovac) are awarded 300 liters of HEBA strong water in the new bottle and mp4 player.

Congratulations again, and we hope that these young people will be candidates for senior national team of Serbia” – Mina Sretenovic said, the PR manager of HEBA. 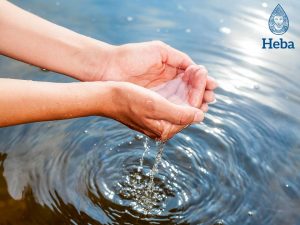 Water – the greatest value of our lives!

Water is the most important substance on the planet. Life was born in water and it is the basic substance that we enter into our body. From all the water on Earth, only 0.4% is available as drinking water. Ecological... 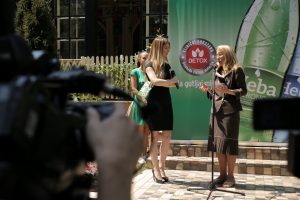 Heba company held a press conference where they presented a clinical trial which confirmed that Heba Strong mineral water significantly helps detoxing the organism, i.e. releasing harmful substances from the body. In the congenial atmosphere of the Hyde park restaurant,...